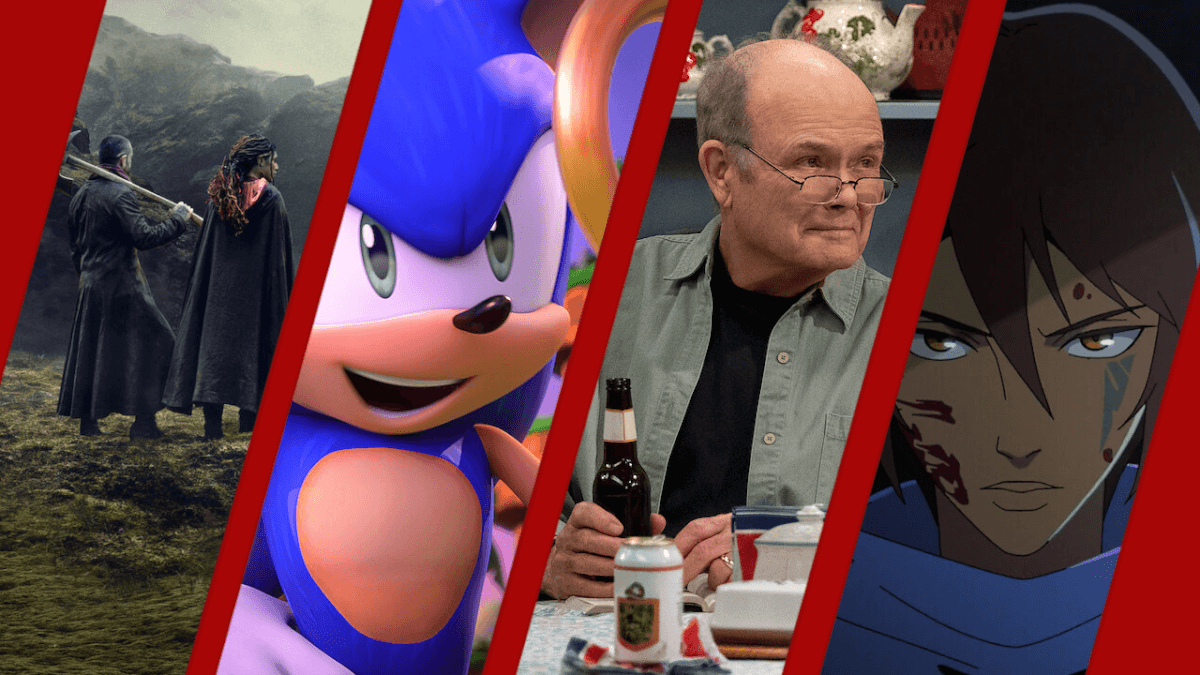 There’s an extremely large number of TV shows in production at netflix, and we’ll be focusing on the top ten most anticipated shows that will be coming soon.

In order to compile the list below we used IMDb’s Movie Meter data. As one of the largest movie and TV show databases on the planet, every Monday their list of the hottest titles is updated. These updates are based on the site’s traffic, which continues to draw in over half a billion site visits every single month.

If you want to see what movies are hotly anticipated for netflix, we’re running a separate top 10 for those movies here.

Note: MovieMeter scores are correct as of November 21st, 2022

For the first time in his career, Guy Ritchie will be directing a television series. A spin-off of his popular crime comedy of the same name, we can foresee The Gentlemen being an incredibly fun and hilarious new series.

The series follows Eddie Halstead, who has inherited his father’s sizeable estate only to discover that it’s sitting on top of a weed empire owned by the legendary Mickey Pearson. Has this straight-up soldier got what it takes to master the dark arts of the British criminal underworld and take control of the entire operation?

With a 25-year publication history and over 1060 chapters of the manga, One Piece is one the longest-running and most beloved fictional franchises from Japan. This is why a live-action adaptation of the series is one of netflix’s most ambitious yet, but if it pays off, then netflix has a brand new series that could span well over ten years.

An alternate version of Earth, and one that is currently in the midst of the ‘Golden Age of Pirates’. Ruthless cut-throat pirates rule the seas, and only the strongest have the chance to lay claim to the mythical treasure known as ‘One Piece’ that was left behind by the greatest pirate of them all Gol D. Roger. Years after the death of Gold Roger, a young boy by the name of Monkey D. Luffy has dreams of raising his own crew, finding One Piece, and declaring himself as Pirate King. After eating a devil fruit that grants Luffy the power to make his body like rubber, it gives him enormous strength and agility. When Luffy finally comes of age, he sets sail from Foosha Village in East Blue and sets upon his grand adventure to become the next Pirate King.

The reputation of David Benioff and D.B. Weiss was left in disarray after the disappointing ending to the final season of Game of Thrones. Seeking their fortunes outside of Warner, the pair are now working on the adaptation of The Three Body Problem, from popular Chinese author Liu Cixin.

Set against the backdrop of China’s Cultural Revolution, a secret military project sends signals into space to establish contact with aliens. An alien civilization on the brink of destruction captures the signal and plans to invade Earth. Meanwhile, on Earth, different camps start forming, planning to either welcome the superior beings and help them take over a world seen as corrupt, or to fight against the invasion. The result is a science fiction masterpiece of enormous scope and vision.

7. Army of the Dead: Lost Vegas

Army of the Dead was one of the biggest movie releases in 2021. Since its release, a brand new franchise has been born out of it, one that netflix and Zack Snyder are more than happy to explore. We would have expected Army of the Dead: Lost Vegas to have been released on netflix by now, but with very little of 2022 remaining, we expect to hear a release date announcement soon.

Before Las Vegas fell completely to the undead, Scott Ward and his rescue team of mercenaries were sent into the hordes of the Sunset Strip as they attempt to rescue the civilians struggling to survive.

Netflix continues to take some of the most popular video game franchises and adapt them into incredible anime titles, in particular with “Dragon” in the title. We’ve already seen the likes of DOTA: Dragon’s Blood and Dragon’s Dogma, and next in line is BioWare’s Dragon Age.

Set in the Tevinter Empire, the oldest of several human nations in Thedas explore the experiences of its different inhabitants.

When you take into consideration how beloved Avatar: The Last Airbender is by its fans, there’s a huge amount of pressure on Netflix to get the live-action adaptation correct. Easily one of the most anticipated Netflix titles of 2023, if done correctly, Netflix will claw back some of its lost reputation from recent adaptations.

Set in an Asiatic, war-torn world where certain people can “bend” one of the four classical elements: water, earth, fire, or air. Aang is the “Avatar”, the only one capable of bending all the elements, and is destined to bring peace to the world from the Fire Nation. With his new companions Katara and Sokka, Aang sets out to master the elements while being pursued by the exiled Fire Nation prince Zuko, who seeks to regain his honor by capturing the Avatar.

Going back to the classic and beloved Sonic design, the next chapter in the blue hedgehog’s story will take place across the multiverse, where its fate rests in his gloved hands. It’s also no coincidence that a brand new Sonic series is due to be released so soon after the release of a brand new video game.

3. The Fall of the House of Usher

While The Midnight Club wasn’t the best of what we’ve seen from Mike Flanagan. his upcoming series, The Fall of the House of Usher, has the potential to be one of his best Netflix projects yet. As expected, the cast will feature many familiar faces from Flanagan’s previous projects, including the likes of Kate Siegel, Rahul Kohli, Henry Thomas, and Zach Gilford.

A man who has been invited to visit his childhood friend Roderick Usher. Usher gradually makes clear that his twin sister Madeline has been placed in the family vault not quite dead. When she reappears in her blood-stained shroud, the visitor rushes to leave as the entire house splits and sinks into a lake.

The 70s began over fifty years ago, and the 90s began thirty years, and while we’ll allow the existential crisis for millennials to kick in, That 90’s Show has the potential to become Netflix’s most successful sitcom since The Ranch. With new and returning cast members from That ’70s Show, the exciting new series can revel in everything that made the 90s an incredible decade to live through.

Set in Wisconsin in 1995, Follows Leia Forman, daughter of Eric (Topher Grace) and Donna (Laura Prepon), who is visiting her grandparents for the summer and bonds with a new generation of Point Place kids under the watchful eye of Kitty and the stern glare of Red. Sex, drugs and rock ‘n’ roll never dies, it just changes clothes.

While The Witcher franchise is currently in turmoil with the departure of Henry Cavill, there’s a chance for it to redeem itself with the upcoming prequel series The Witcher: Blood Origin. Limited to only six episodes, Blood Origin will explore the past of the continent, and how the worlds merged.

Set in an elven world 1,200 years before the world of The Witcher, Blood Origins will tell a story lost to time — the creation of the first prototype Witcher, and the events that lead to the pivotal ‘conjunction of the spheres,’ when the world of monsters, men, and elves merged to become one.

What upcoming Netflix TV show are you most excited about? Let us know in the comments below!