This Is How The Daleks Were Really Controlled In Doctor Who 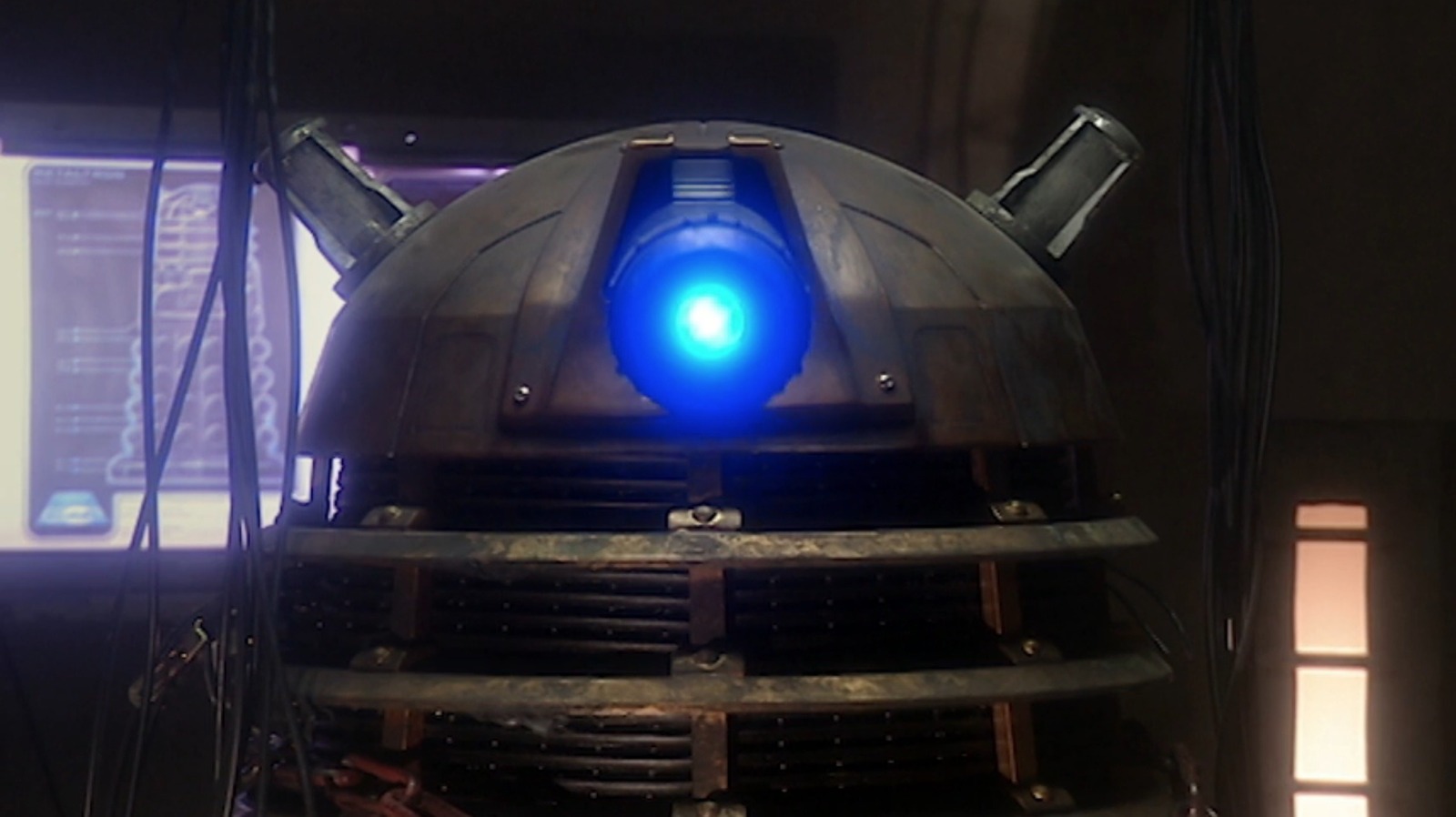 Instead of a little flesh monster, on the set there’s a regular person inside the Dalek shell: The Dalek operator sits on a seat inside the hollow prop and moves it with their feet. Wheels on the base help the operator achieve the gliding motion while they peer out through holes in the Dalek’s neck. On the original run of “Doctor Who,” the operator was in charge of both arm attachments, the smoke canister, the head rotation, the eyestalk, and the lights that blink when it speaks — it was a challenge to do it all.

When the Daleks were brought back for the 2005 run of the show, however, the Dalek movement became a two-person job: The operator inside moves the body, the sucker (aka the plunger), and the exterminator (aka the whisk), while a second person uses a remote control to move the head and eyestalk (via Doctor Who Confidential). Early on, the remote control user did the light commands, but later that responsibility was given to the Dalek voice actor. Without so much to do, the new era of Dalek operators can focus on moving smoothly through the scene.

“You need very, very good grip trainers and strong legs; those are the principal qualities of a Dalek operator,” Dalek operator Barnaby Edwards told Sci-fi Now. “You also need a lack of claustrophobia and the ability to sit for long periods of time in a tin can.” Inside, there’s very limited visibility, which is only worsened by the black cloth hood the operator has to wear to cover the whites of their eyes. In order to time their performance with the Dalek’s voice, the lines are radioed into the shell. It’s still a tough job, but no longer does the operator need six hands to do it all.